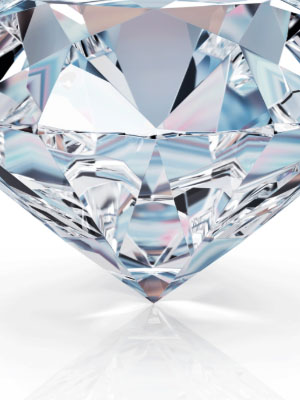 Celebrate The Unchanging, The Unyielding And The Eternal With The April Birthstone – The Diamond!
The Diamond, the Forever Stone, the symbol of Eternity, every girl’s Best Friend, is the gemstone of those born in April. Oddly enough, the symbol of eternal love is not associated with the Valentine month, as one would expect, but its the birthstone of the lucky few born two months after. The most precious gem in the world, also a symbol of romance, allure and sensuality is in April’s realm, coveted by the world for its enduring beauty, lasting quality and unparalleled brilliance!

April Birthstone – Meaning, Significance And Symbolism
The diamond is perhaps the most explored gemstone in the world, with gemologists, miners, consumers
and wearers studying its qualities to duplicate and enhance this natural wonder. The diamond has long been associated with love, bonding, relationships, commitments and loyalty. A gemstone of lover’s, the diamond has been used in the creation of exquisite engagement rings and jewelry since the times of old. This gemstone is believed to bestow balance, clarity and abundance on the wearer, we well as bring wealth, health and happiness to the home of its bearer.

The ancient Hindus believed that diamonds were created by lightning bolts that struck the Earth. Greek legend entails that diamonds are the tears of the Gods, star splinters and crystallized lightening. The stone is said to represent faith, loyalty, honesty, purity, love and innocence and bestow on the wearer peace and fulfilling relationships. The world’s most precious gem is said to inspire creativity in individuals and bring its owner protection, wealth and happiness.